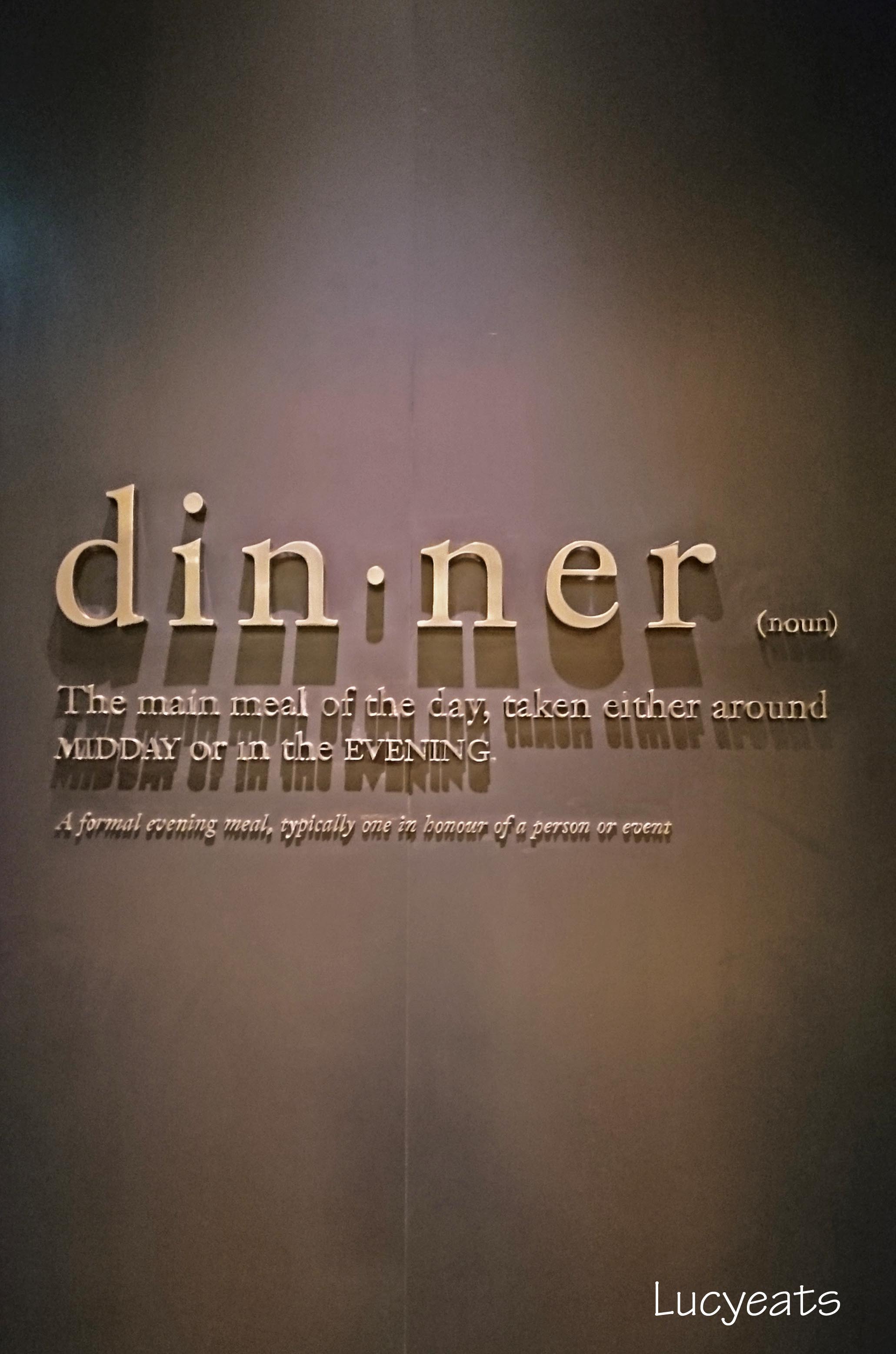 Like its two Michelin starred sister restaurant in London, the menu features dishes that are inspired by the gastronomic history of British Royalty, going as far back as the 13th century. The Melbourne restaurant incorporates bits of Aussie flair and showcases the great produce the country has to offer. 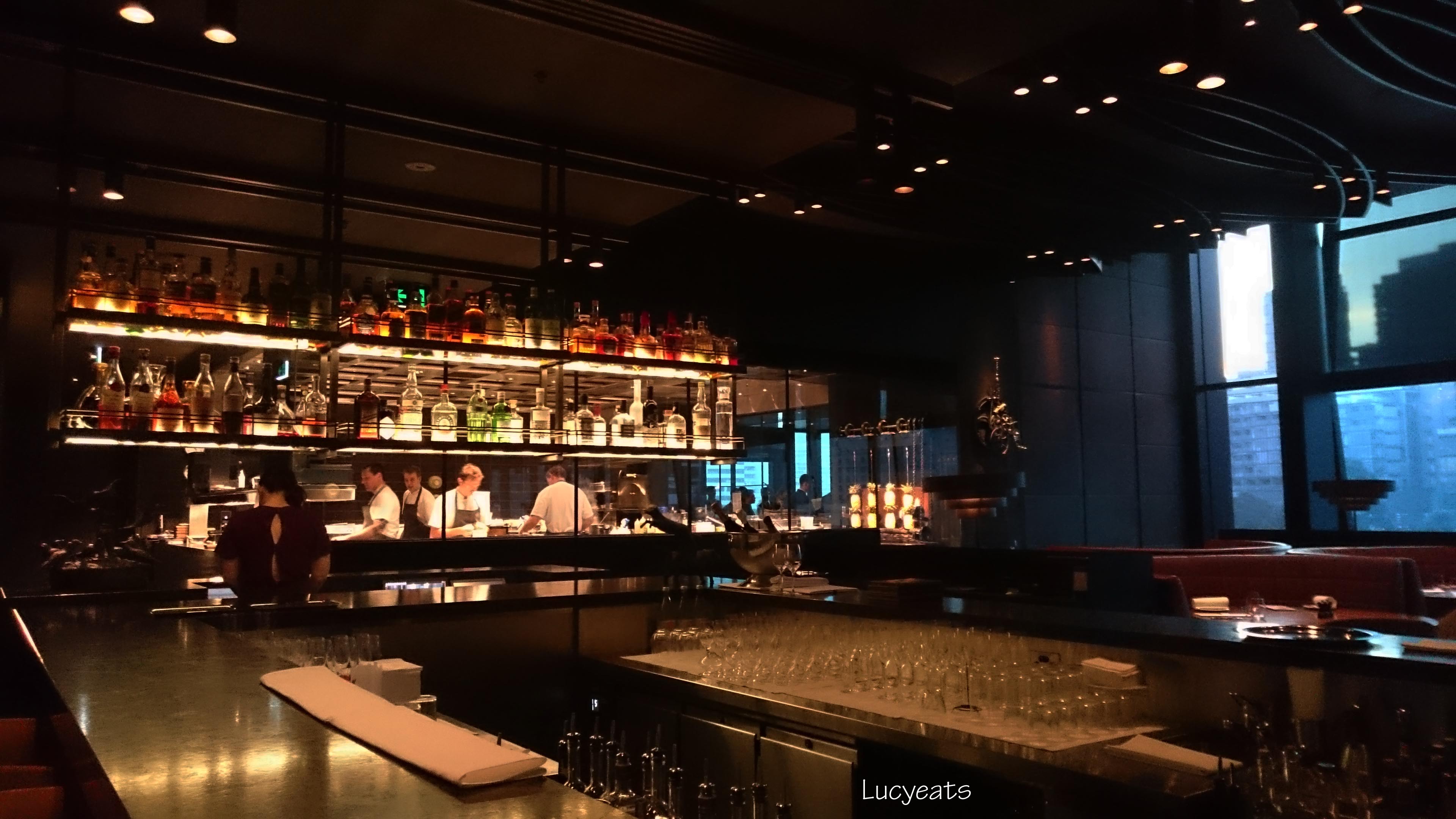 We arrived a little early and had some drinks at the bar.

I was quite thankful that the drinks menu was not overly complicated and settled quickly on Peter Piper's Pickled Lemon Lemonade (try saying that five times fast!). The pickling process meant that the lemonade was not overly sour and there was a good balance of sweetness in the drink without being overpowering.

I had warned Sheena against the Sarsaparilla Soda as previous experience told me that it would have an overpowering licorice taste. Fortunately, this was not the case. The drink had a faint hint of sweetness and light medicinal quality to it. 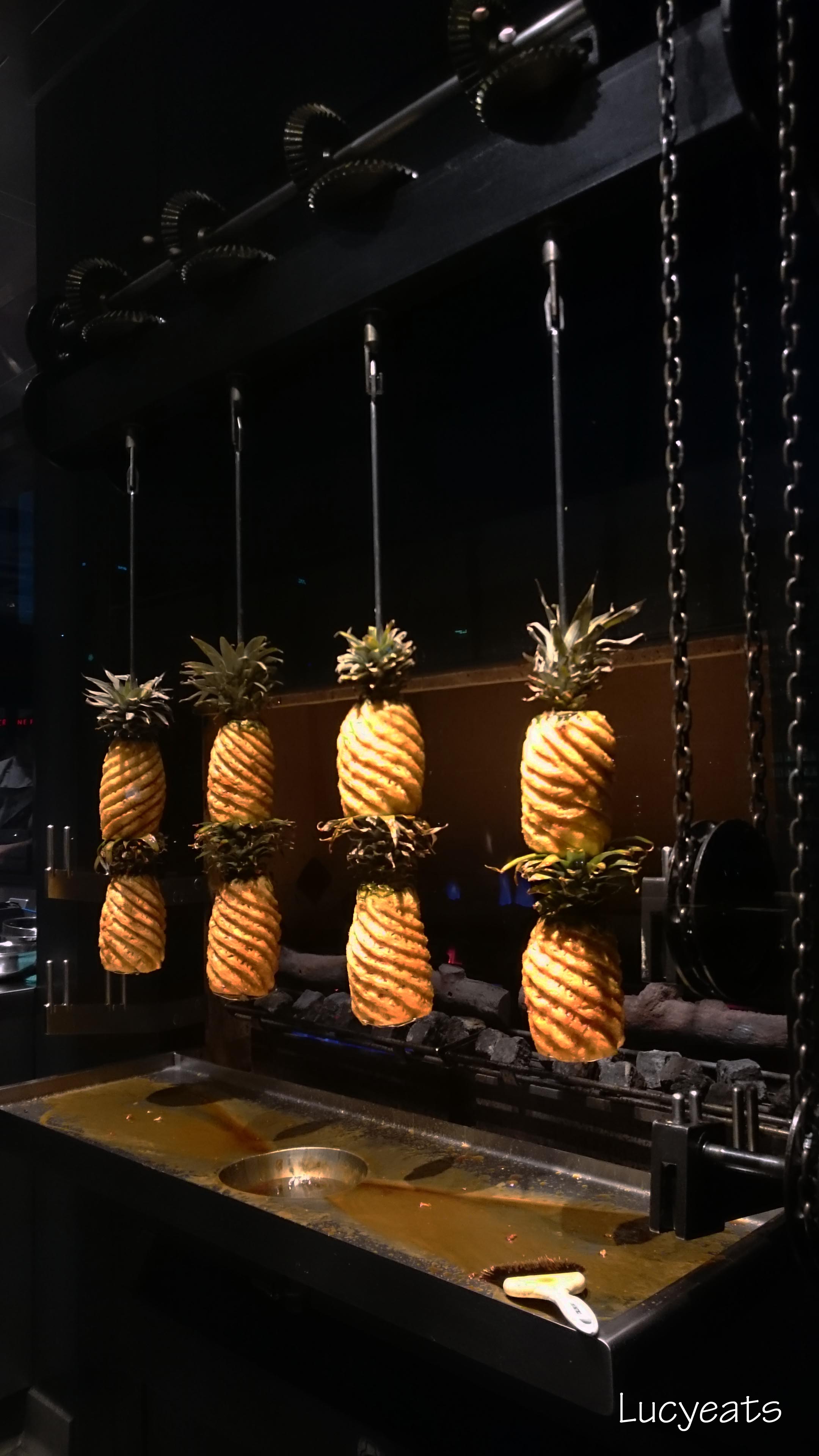 While we waited for our food to arrive, our very obliging waitstaff let us wander around the restaurant with our cameras. We were, of course, immediately drawn to the automated spit roast mechanism with slowly roasting golden pineapples.

The Roast Marrowbone, combined with herbs and panko crumb, came topped with snails and served with pickled vegetables on the side. The snails provided a bit of bite to the otherwise smooth dish while the vegetables helped to cut through the buttery taste of the bone marrow.

The smoked trout was served underneath a bed of pickled lemon salad, smoked roe, and gentleman's relish (a sauce of anchovies, butter, herbs and spices). Each slice was incredibly delicate but packed a real punch -  the gentleman's relish provided a great savoury base for the trout while the blobs of citrus gel made each bite dance on the tongue.


The Powdered Duck Breast arrived with smoked beetroot, grilled red cabbage, umbles and pickled cherries. The five hour salting process the duck went through resulted in a very succulent piece of breast meat while the additional touches provided the sweetness to balance out the dish.


My favourite main was the Slow cooked Pork Belly which came with grains wrapped in a thin spelt blanket, lardo, roast onions, baby turnip, and Robert Sauce. I was surprised that I wasn't offered a bigger knife with my dish, and was even more surprised that my regular table knife was able to slice through the pork with ease!

Everything about this dish was delightful - the crunchy turnip was a great contrast to the tender pork, while the Robert Sauce tied everything together in its earthy flavour. The only thing that would make this dish more enjoyable for me would be to have a proper crispy pork crackling.


The Tipsy Cake had to be ordered along with our entrees and mains to allow time for the gradual basting process. Traditionally made using old bread soaked in brandy, the modern version involves light pillowy brioche filled with cream, and soaked in rum. The roast pineapple, with its golden sweet outer, was the perfect accompaniment.

As one of Dinner's signature dishes, this cannot be missed.


Our ice-creams were served in a very thin cone with our choice of inspired toppings - popping candy, fennel and chocolate, white chocolate and raspberry, something I can't quite recall.


And when we thought we couldn't possibly eat any more food, a post post desert was brought to our table. The little chocolate pot was very rich and crispy fennel biscuit was a lovely and light.

Dinner by Heston Blumenthal is located at Crown Melbourne, Level 3, 8 Whiteman Street, Southbank, Melbourne. Be sure to book quite early as spots fill up super fast!

Posted by Unknown at 9:14 PM 2 comments: Links to this post